The last few weeks have been a cooking odyssey for me, what with learning how to use a Slow Cooker, then Fifi setting it on fire, then the oven breaking.  I was also fortunate enough to attend an afternoon courtesy of EBLEX  the chaps who are in charge of the quality marks in the picture, where I learnt all about their new cuts of steak and how best to cook it. As a former vegetarian this was quite a voyage of discovery for me, I’m not good with meat. However I put on a brave face and learnt loads, tried lots of different steaks (I was amazed at how different they all taste).

Firstly, I should say that if you want to learn more about Eblex and discover loads of information, recipes and so forth its worth taking a look at their (non-trade) website: http://www.simplybeefandlamb.co.uk/. New cuts of steak to look out for in the shops include the Flat Iron and the Picanta which were surprisingly good. You can find more about these cuts (and tell your butcher if he isn’t aware of them) here: http://www.eblexfoodservice.co.uk/books/Meat%20Purchasing%20Guide/index.html

Anyway, onto the intricacies of steak cooking, now I must admit all I have ever done is to pop it into a non-stick frying pan. I assumed that the fat would act as, well, fat and that was that. Apparently not, it’s a good idea to season your steak with salt and pepper and use a really bland cooking oil. Heat your griddle plan or frying pan with the oil and then turn it down before you put the steak in to cook. That way it wont burn on the outside.

There are some quite precise cooking times for steak and certain steaks will be completely ruined if you over-cook them. I mean COMPLETELY so it’s a really good idea to understand what cut of meat you have bought and if you are one of the inexperienced like me, then use a timer. There are some cooking times here. Another critical thing to do is to put your steak on a warm plate, cover it with foil and leave it to rest for a few minutes before serving it. I forgot to say, its best to cook steak from room temperature as well!

We were lucky enough to have a demonstration and discussion from master butcher Dick Van Leeuwan, he talked us through all the different muscles which essentially give the variability in a piece of steak. Did you know that there are 56 main muscles in a hind quarter of beef? No, I didn’t either. It’s also quite interesting to see where all the different cuts of meat come from: 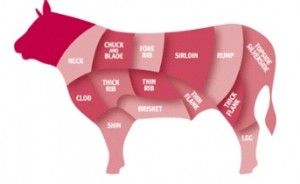 Interestingly Dick Van Leeuwan pointed out that the insides of the meat should be sterile, it’s just the outside that has been touched with stuff that isn’t, so actually, it isn’t a risky strategy to eat steak that is rare on the inside. I didn’t realise this. Also, the best meat to buy is the stuff that’s gone a bit darker, it’s more mature!

It was a really fun afternoon and as you can see I learnt loads. I would even go so far as saying that it actually changed the way I will look at beef and cook it  forever. If you fancy cooking me a steak, I’d like a Picanta please… 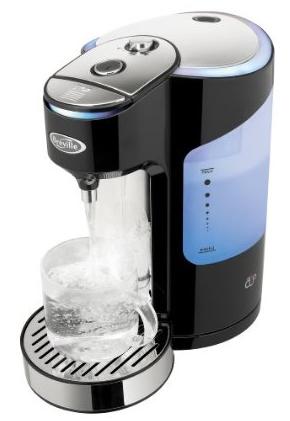