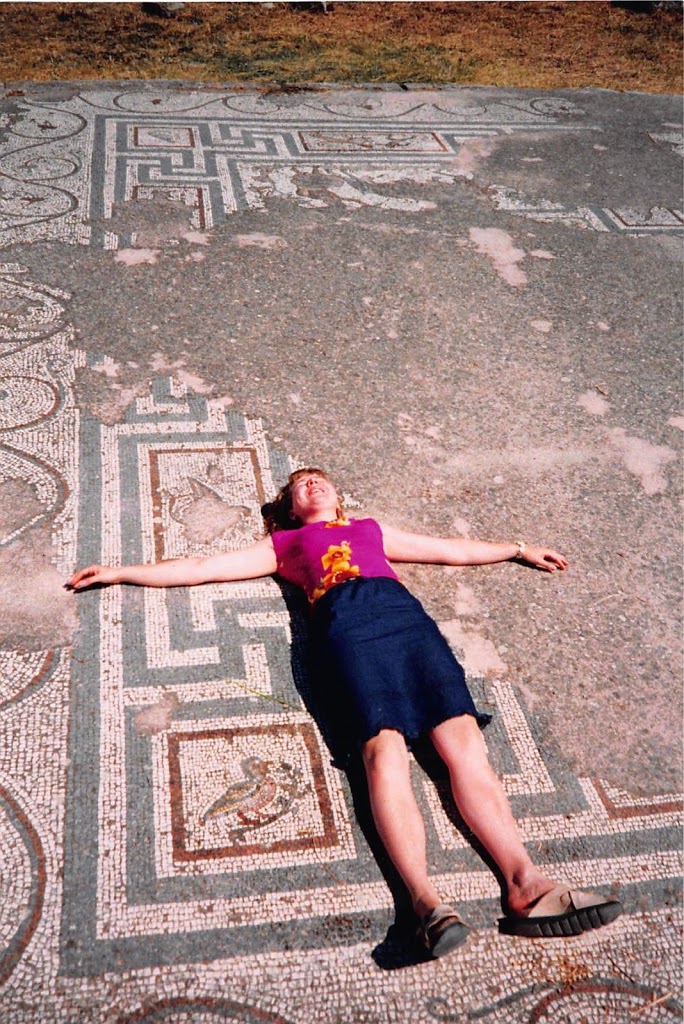 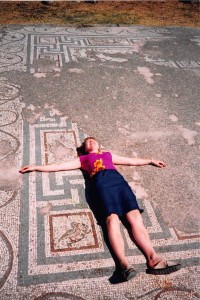 The other night I was watching a television programme presented by a female archaeologist when the hubby reminded me that in the dim and distance past I actually went for  a screen test for  job she got in television. At the time I had just had a baby and was a bit bedraggled, struggling with PND and not thinking all that clearly, I was a bit half hearted about whether I wanted the job or not. That’s the story of my life, with the one exception of a job which I really wanted, still want, would pay to do and probably won’t ever get.

The thing is, I haven’t really been satisfied with my lot in life since I’ve had children. When I was a child I used to dream of my adventures in archaeology and in my day I had a few, finding some amazing things and working on sites which people within the profession can only dream about nowadays. Having a child and settling down changed all that, I got stuck  in a museum in a job which wasn’t challenging after a while. It was hard to move around  because of family commitments and so jobs were a bit limited. However there was the occasional thing to peak my interest and I developed new interests, mainly in historic costume.

I have come to realise that having children for me meant the end to my world as I knew it. I cant go off digging, I can’t do a museum job (even though I was once tipped to become a top UK museum director), I can’t really do ‘anything I want’ as I was told when I was a child. Finances are tight, years ago I would have been able to go back to university and ‘find’ myself in academia, now it’s prohibitively expensive, not just the fees but travel and childcare costs to think about. For me, the only thing I need to learn is the quantities for a good cookie mixture.

So what should I do? Well, I’ve been thinking about this a lot recently and I think what I actually need is a period of mourning for myself, for what I was, and the hopes dreams and ambitions which will never be realised. I need to come to terms with the fact that having children has thwarted everything I wanted to do and be and try to feel content with life as it is. How I go about doing this is beyond me though.

When I set up this blog there weren’t many UK bloggers and there was no competition, no PR campaigns, no back-stabbing, no cliques. I found something I enjoyed doing and learnt a lot along the way, it filled a space for me. It was a temporary solution. Now, to be honest, I just feel left out of the party. I have a lot of experience to offer people, no-one seems to want it though and I’m losing confidence. It’s the same with school, I find it hard when my children are left out of parties when it seems everyone else is invited and the cliques at the school gates make my life a misery nearly every day. I feel like a little ship adrift on its own. I don’t feel like I fit in, anywhere.

How does one mourn what could have been? Write a book? Set up a blog? As it says on Emily Davidsons grave; ‘Deeds Not Words’ is probably the best way to go about this. I think to myself that this is just a phase, but how does one go about being pro-active with deeds? I have tried really hard recently to de-clutter and get the house in some sort of order. This doesn’t help much as everywhere are reminders of my former life; fossils, pressed plants, old bit of pottery. I know what I can’t do, I can’t get a job in my profession, I can’t have much peace to think without a child handing off me. I don’t really seem to do well with adult relationships, me and the hubby are too tired, never go out and frankly I have nothing to say to any other adult as my children are the focus of my life and I don’t do anything else.

I thought I would snap out of this phase, I took my redundancy hard although I wouldn’t admit it. I am an archaeologist, a museum curator. I am not a mother naturally, it was never my dream to sit at home with children. How does one mourn what might have been? How does one move on?

A Record of Baby Progress

Happiness is a wooden chair